FREE SHIPPING
over $150*Continental US Only 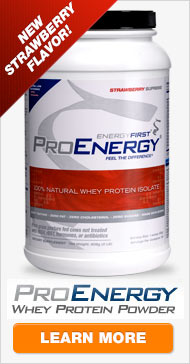 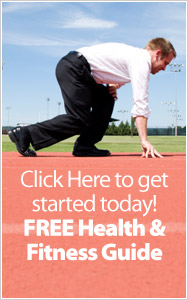 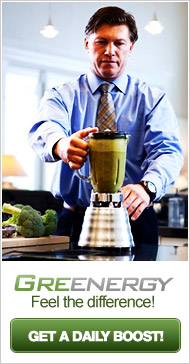 "I have lost weight... and inches off my waist while feeling energized throughout the day. Thank you EnergyFirst!"

EnergyFirst´s products have made me healthier than I have ever been. As a 24 year old business owner, I live at a face pace and need the energy to power me through my day.
Mike Brown, CEO www.ModBargains.com
Orange County, CA

EnergyFirst, a leading company in the all-natural protein and supplement industry, was founded in 1997. We, at EnergyFirst, believe that everyone can benefit from drinking a protein shake whether the goal is optimal nutrition in a meal replacement, an easy and healthy breakfast alternative, a weight loss aid, or a protein supplement for athletes. We also believe that your protein shake should be 100% natural and delicious. Nutritionist, educator, athlete, and EnergyFirst's CEO, Gerry Morton is committed to providing customers with all natural, science-based, effective products for optimal nutrition, weight loss, and a healthy lifestyle.

If for any reason you are dissatisfied with your purchase, simply return the unused portion for a full refund."
Learn More

The information presented is prepared from medical and scientific sources of the latest exercise physiology and human biochemistry research. In our experience , this research has been shown to be accurate and reliable. The information herein and our products are not intended to take the place of medical advice nor are they intended to treat, diagnose, cure, or prevent any disease. Always consult your physician before taking supplements, particularly if you are taking prescription medication. Our product contains nutrients that have been clinically proven to nutritionally support the body. However, under the rules created by the FDA, we cannot claim that, by consuming our products, it will cure, mitigate, or prevent any disease. And, because of the nature of how we produce our products, using only natural ingredients, our products will never be classified as a drug. Only a drug, approved by the FDA, may claim to diagnose, treat, cure, or prevent any disease. Disclaimer: Results may vary and are not guaranteed.

Icons made by Freepik from www.flaticon.com is licensed by CC 3.0 BY
energyfirst.com has a Shopper Approved rating of 4.8/5 based on 2468 ratings and reviews